I trained as a theatre director in England before moving to America in 1981, where I developed and staged new work by emerging and established playwrights for twenty years in New York and California.

My work with actors and playwrights together with my own experience as a writer informs my one-on-one and teaching work with new and advanced writers to put their voice on the page. But the biggest influence in how I approach writing for myself and how I work with other writers comes from my parents. My father F.N. Souza pioneered post-Independent modern art in India. Some of his work is currently part of a major exhibition at Tate Britain All Too Human: Bacon, Freud and a Century of Painting Life. My mother was an haute couturiere who dressed some of the most fashionable women in London and Europe from the 50s to the 80s, including the editor-in-chief of British Vogue Ailsa Garland. My parents were fiercely independent and original; single-minded in their belief of the importance of their work. An unwavering belief in themselves is what I try to awaken in every writer who comes to me for help with their work.

I have ghostwritten four books. The Times of India said of my tribute to my parents, “An elegant image of the family so many years ago becomes the epitaph for the narrative that Shelley unravels for us with insight and deep sensitivity…She writes with an honesty that is rare and tender.”

I hold an MFA in theatre directing and BA in English and American Literature and Theatre Studies.

I am a member of the Authors Guild, PEN America and SCBWI. 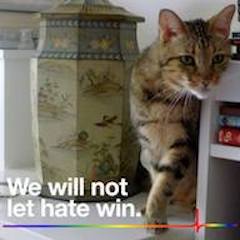